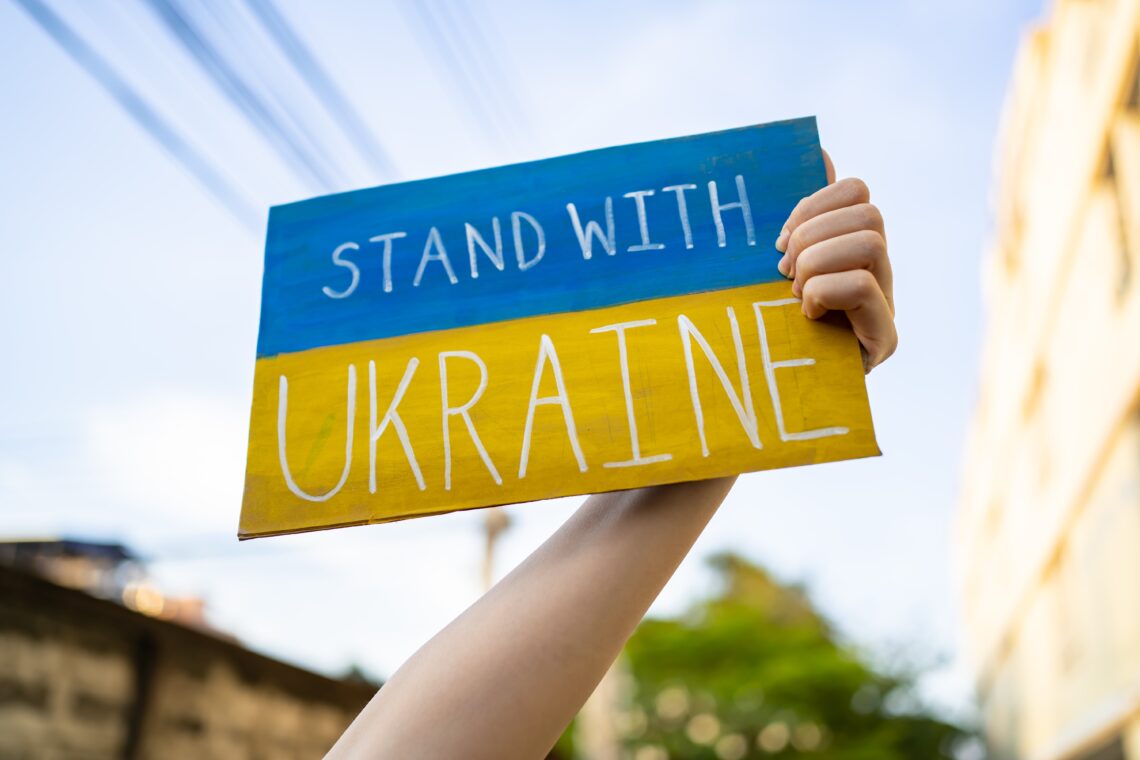 The Russia-Ukraine war has entered its 34th day. There have been hundreds of casualties on either side. If reports are accurate, more than 700 Ukrainians have already lost their lives as a result of the Russian onslaught. With peace nowhere in cities, armed forces continue to plunder major Ukrainian cities causing irreparable devastation and losses.

The West has responded with a host of stringent economic sanctions against Russia. With Russia still not ready to budge an inch or compromise, negotiators have started with their first round of talks that are currently underway in Turkey. However, senior US officials have gone on record stating nothing is going to come out of the talks.

Different businesses across industry niches have come forward and extended their solidarity with the people of Ukraine. Luxury brands from the fashion industry like Kering Group, LMVH, Hermes, Acne Studios, Burberry, and others have come out and made their stance on Russia’s aggression clear.

In this resource article on the Ukraine-Russia War, we look at how luxury fashion brands are supporting Ukraine and standing for world peace. If you are looking at the various ways the fashion industry supports Ukraine, please read what we have till the very end. From closing stores to donations, we cover all this and much more.

How Many Luxury Fashion Brands Closed their Showrooms in Russia?

According to leading Investment Bank Jefferies, the luxury fashion industry is worth about $9 Billion in Russia. Almost all the major luxury brands of the world operate extensive showrooms in different Russian cities, primarily in Moscow and St. Petersburg.

There are two big, famous, and extravagant shopping or departmental stores in Russia- TSUM and GUM. Both these luxury destinations carry almost all the known and famous brands you can think of- Louis Vuitton, Fendi, Balenciaga, Hermes, Gucci, Cartier, Prada, and more.

Let us look at some of them in greater detail-

Prada, Fendi, Balenciaga, Chanel, and other prominent names were eager to ensure that their employees are safe and that they take a stand against what is happening in Ukraine. One of the ways that they registered their protest was by shutting down their showrooms in Russia.

Donations and Contributions Made by Luxury Fashion Brands to Ukraine

We tend to forget that fashion is an act of self-expression. It is more than just about wearing fancy clothes at high-end parties. For the longest time, fashion has been at the helm of a counter-culture movement that has held its head high against establishments, dictators, and unfair laws and obligations.

What surprised many was the scale at which these titans from the fashion industry and luxury ecosphere responded. Let us look at some of the brands individually and assess their monetary contributions toward Ukraine’s cause.

The century-old French luxury house first emphasized its support for the Ukrainian people by closing down its stores in Russia. It then announced that through two organizations, CARE and United Nations Refugee Agency. The total sum that was donated was roughly around 2 Million Euros. The brand’s non-profit, Chanel Foundation also announced in an Instagram post that it was providing support to women and children affected by the conflict.

The LMVH Group is by far the biggest player in the luxury fashion world. The Group controls brands like LV, Fendi, Givenchy, Dior, Marc Jacobs, Stella MacCartney, and others. LMVH announced that it has made a contribution of 5 Million Euros to the International Red Cross. Louis Vuitton also announced separately that it too has contributed 1 Million Euros to UNICEF. LV wants to aid children refugees looking to leave Ukraine for safety.

World-famous Italian designer, Armani has pledged to help Ukrainian citizens that are fleeing the country and heading to the borders of Poland and Romania. Not only did Armani hold his show in complete silence as a sign of solidarity, they also donated 500,000 Euros to the UNHCR. It is also working with an Italian Non-Profit that is working on Ukraine’s borders to donate clothing to men, women, and children that are affected by the war.

One of the most exclusive luxury fashion brands in the world, Hermes shut down all its three stores in Russia and put a hold on all commercial investments. It also announced that it has donated an undisclosed amount to humanitarian efforts in Ukraine that can help in supporting the Ukrainian people. Hermes has around 60 employees in Russia that they say they are taking care of even when the stores in the country are closed.

The iconic luxury fashion brand was not to be left behind. The brand famous for its checks announced that it is supporting the British Red Cross which is currently working on the ground in Ukraine in evacuating citizens. Burberry stated that it has contributed an undisclosed amount to humanitarian efforts. It also took to social media to say that it would be willing to match the donations that are made by its employees towards bringing peace and relief to Ukrainians.

Other luxury fashion brands like Gucci, Valentino, Balenciaga, Ganni, and others have all extended support and donations and provide relief in the form of food or clothing to those affected by the war. Organizations like the Red Cross, World Food Program, and UNHCR have been the preferred institutions that luxury fashion brands have tried to support through donations.

The fashion industry is not only about brands and business organizations. It is also about world-famous individuals like Supermodels, Designers, and Influencers that have as powerful a say as do the brands. In the final section of the article, we are going to look at some of the most famous names in the world of fashion luxury and what did they have to say on the Russia-Ukraine conflict-

The Paris and Milan Fashion Weeks that were held when the war began were filled with signs of solidarity. Giorgio Armani held his show without music as a somber reminder about what citizens in Ukraine are going through.

Does Fashion Have a Responsibility for World Affairs?

The show of strength and support by luxury fashion brands and powerful celebrities has made many think about whether or not fashion has a sense of responsibility to the society it operates in?

This question is not as easy to answer as you might think. If you look at the historical evolution of fashion over the centuries, you can say that fashion has played a huge part in influencing a culture that stands for peace, freedom, equality, and individuality.

This is one of the major reasons why fashion brands, especially luxury brands went out of their way, at the cost of financial losses to take a stand for issues they believe in.

There is no denying the fact that social media has once again played a major role in acting as a force that is disseminating information about the war and how it is playing out.

Demna Gvasalia, the Creative Director of Balenciaga, placed a t-shirt in Ukrainian colors on every seat at his fashion show in Paris. He said that his show was all about showcasing feelings and emotions of ‘fearlessness, resistance and victory.’

In this article, we have tried to cover the reactions and actions of almost all major luxury fashion brands to the Ukraine crisis. They have closed showrooms, portrayed their beliefs in artistic ways on runaways, and contributed real money towards humanitarian efforts in the ongoing conflict. If you feel we have missed out on something important that would help in further enriching this article, please let us know in the comments. We promise to include the same in a future edit of the content. 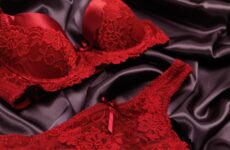 The Best Lingerie Brands To Shop For In 2022: A Complete Guide 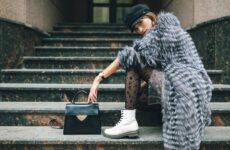 10 Different Types Of Fashion Styles: A Guide To Clothing Designs 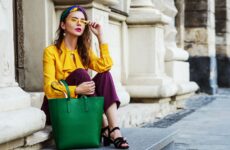